Alessandra Bianchi
FORGET THE FRICK OR THE HAGUE : GOLDFINCH “IN PLAIN SIGHT” AT PEM

Though it’s a temporal impossibility, I could easily swear that Pulitzer prize-winning novelist Donna Tart either visited Nathaniel Gould’s 18th-century Salem wood shop, or PEM’s current exhibit on it before she wrote her blockbuster, The Goldfinch. 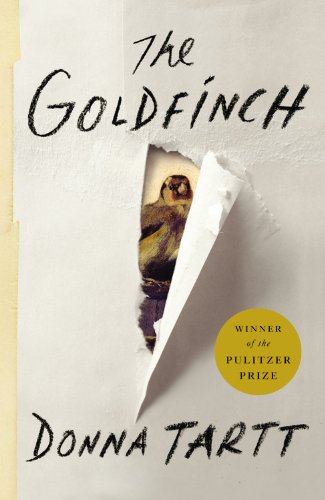 Based on a recent discovery of three business ledgers in the Massachusetts Historical Society archives, we now know that Gould’s shop produced more than 3,000 pieces of furniture for more than 500 customers from 1758 – 1781.

Donna Tart has been a writer for some time, but the book that built her career was published in 2013, nearly two years before “In Plain Sight,” opened, and a good two and a half centuries after Gould’s heyday.

So what does a best-selling 21st-century author have to do with an 18th-century Salem furniture maker? 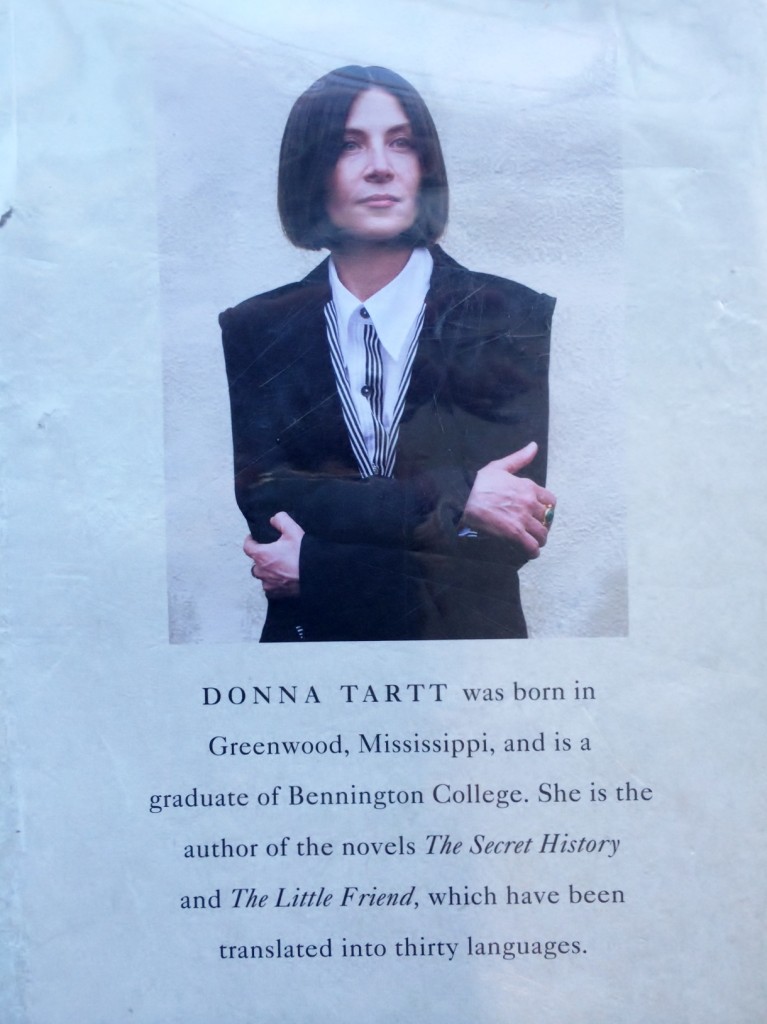 I’ll get to that in a minute.

After pulling open the doors to the exhibit, even my untrained eye, more accustomed to scrutinizing furniture offerings from Pottery Barn and Ikea, could detect something ethereal, and majestic about the exquisitely wrought chest-on-chests, tables and chairs on display. Gould’s 18th-century customers may have had rudimentary ideas about indoor plumbing and democracy, but they had unquestionably refined taste in furniture. 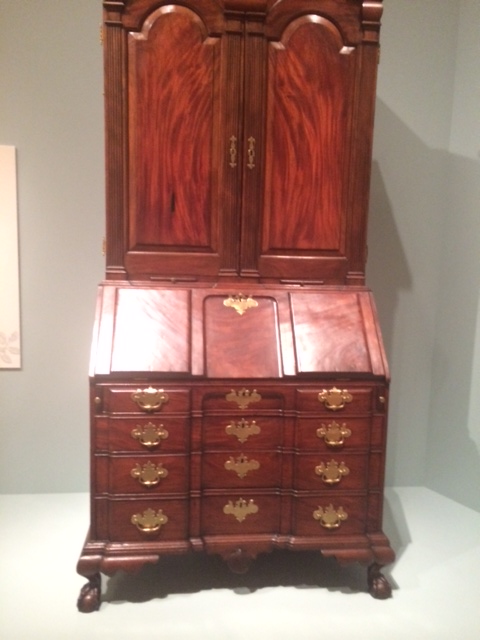 The creative curators at PEM made it easy for me to vividly experience the backstory to these inanimate decorative objects—how they were ordered, made, and used by the more prosperous members of early New England society. I was pleased and not surprised to learn that Captain Jeremiah Lee was among Gould’s customers. I happen to live down the street from the Captain’s house, which we proudly refer to as the Lee Mansion, in Old Town, Marblehead. I’ve worked in its fastidiously laid-out gardens, toured its rooms, and sipped cocktails in the lavish front hall with its rare hand-painted English wall-paper. (http://www.marbleheadmuseum.org/saving-the-lee-mansion/lee-mansion-wallpaper-conservation).

Glancing at a John Singleton Copley portrait of Lee, turning his white stocking-ed calf just so on his sumptuous tapestry, it took zero leap of imagination to picture any of Gould’s pieces looking perfectly at home in any of the Lee Mansion’s rooms. 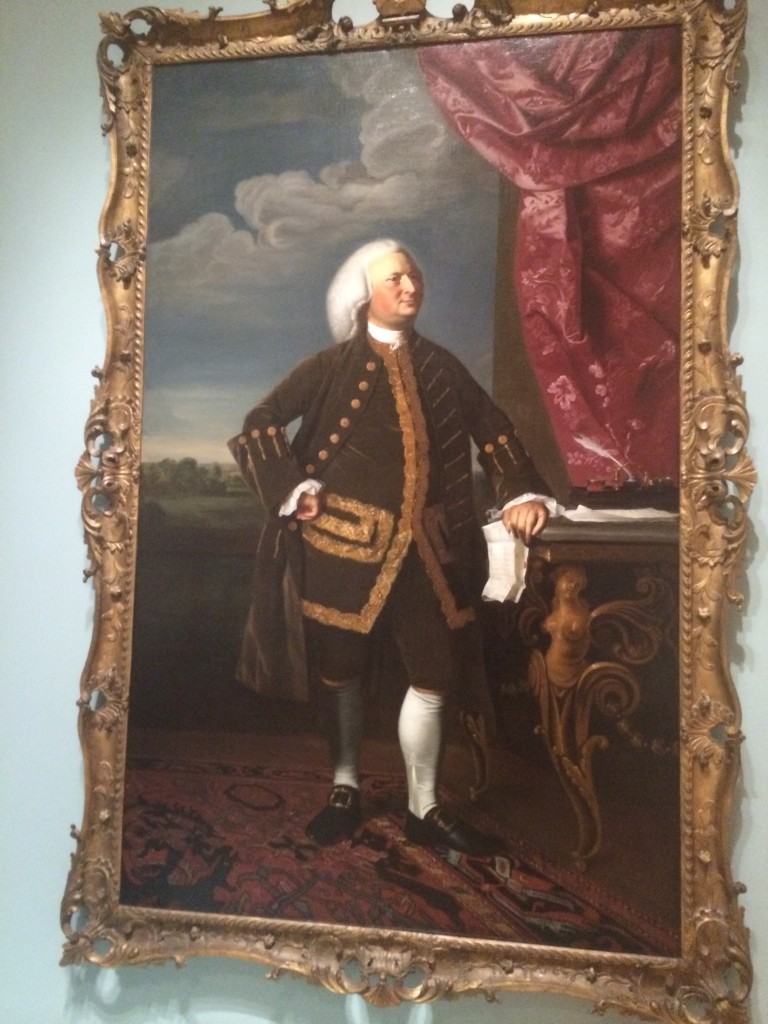 In fact, immediately after writing this I thrilled to notice that the cover photo of the January/February issue of PEM’s connections magazine depicts a gleaming Gould chest sitting in none other than the upstairs hallway of the Lee Mansion, in front of the famed wallpaper! 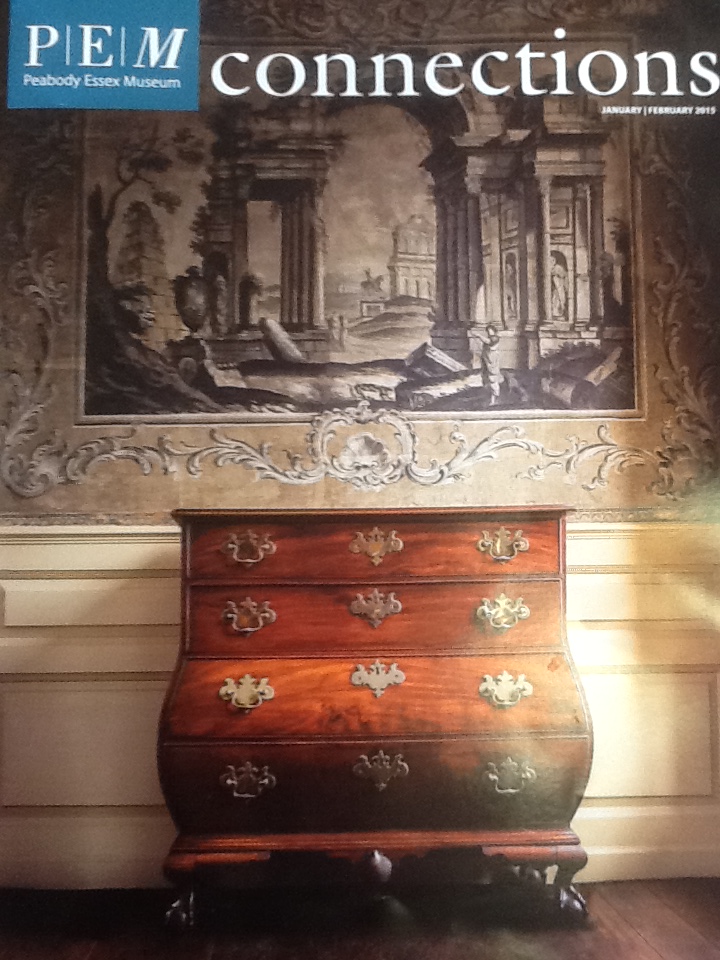 Forgive me, but we Marbleheaders must grab these small world 18th-century antiquity moments where we can.

In fact, I experienced a second such moment while reading a receipt from an entry in one of Gould’s faded manila ledgers meticulously documenting orders in antiquated quill penmanship:

“Captain Joseph Cabot ordered 48 pieces of furniture from Gould in 1768 when he married Rebecca Orne of Salem.” 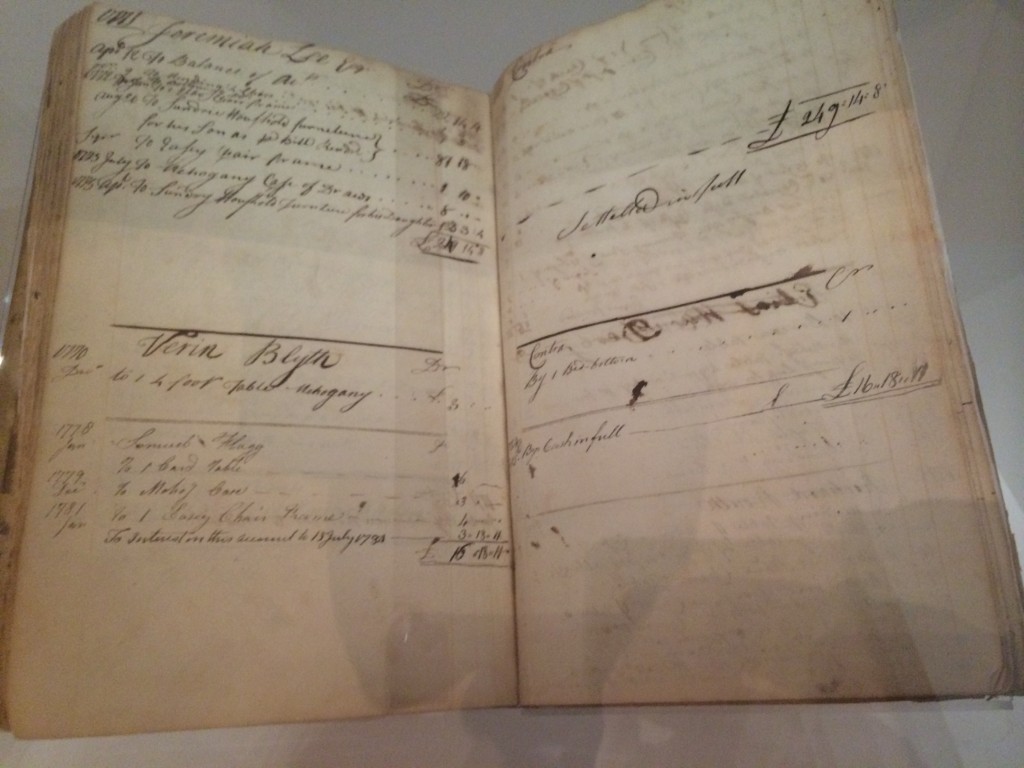 It was impossible for me to read this without recalling that my sons swung on the swing sets in Orne Park, learned how to hit a tennis ball on Marblehead’s Orne public court, and went through grade school with Orne classmates and a teacher. In fact, the Orne sisters we know bear a striking resemblance to the woman depicted in one of the exhibit’s interactive video loops demonstrating how Gould chests were typically used by his clients, namely to store linens. Though she’s filmed from behind, slipping a neatly folded sheet (or tablecloth?) into the chest’s drawer, her white cap and period dress are dead ringers for the very outfits we’ve seen the Orne girls don for historic reenactments around town.

Next time I see them I must remember to ask whether they have any Gould furniture in their house.

After my Marblehead ah-has, my interactive, multi-sensory furniture appreciation and education continued: I sniffed a sample of cedar, and learned that its pungent scent was particularly good at deterring insects, thereby making cedar desks the export of choice for customers living in the Caribbean.  I felt keen appreciation for Gould’s furniture accents such as hand-carved shells, open fans, and spiraling finials by physically running my fingers over the grooves of a carved shell. I delighted in having my attention drawn to specific carving details with names so vivid they were impossible to mistake: the key hole and owl’s eye splats on the backs of the chairs, the fluted pie crust edge of a table.

My Pottery Barn/Ikea eyes missed nothing! But I can’t give all the credit for this feat to PEM curators, talented as they are.

My secret weapon that enabled me to relish “In Plain Sight”?

I had read The Goldfinch.

Over the course of her 771-page sprawling novel, Tart’s characters lurch, swerve, suffer and swoon in an impressive array of settings–each wildly divergent, but all meticulously observed and realized. Without giving anything away, one of the most evocative and memorable of these settings is a wood shop, located in the basement of an antique store in lower Manhattan.

As I strolled through the Gould exhibit, recollections and images of Tart’s workshop filled my head:

” … the workshop was so rich and magical: a treasure cave, bigger on the inside than it looked on the outside, with the light filtering down from the high windows, fretwork and filigree, mysterious tools that I didn’t know the names of, and the sharp, intriguing smells of varnish and beeswax. … looking down at the  labyrinth at the foot of the stairs, blonde wood like honey, dark wood like poured molasses, gleams of brass and gilt and silver in the weak light. As with Noah’s Ark, each species of furniture was ranked with its own kind: chairs with chairs, settees with settees; clocks with clocks, desks and cabinets and highboys standing in stiff ranks opposite. Dining tables, in the middle, formed narrow, maze-like paths to be edged around. At the back of the room a wall of tarnished old mirrors, hung frame to frame, glowed with the silvered light of old ballrooms and candlelit salons.”

Can’t you just see captains Joseph Cabot and Jeremiah Lee scrutinizing one of Gould’s specimens in just such a setting? Given the size of their tabs–according to the ledgers, 8 chairs with carved backs cost 14 pounds or the equivalent of $52,000 today–the furniture maker would have been hard-pressed to shoo his illustrious clients out until they were good and ready. And to judge by the exhibition’s explanatory notes, they had no shortage of decisions to make.

“Gould’s ledgers reveal many options clients could choose from, including desks, chests of drawers, chairs and beds and other pieces such as cradles, coffins, and fire screens. A client first selected a form and primary wood. After that came decisions on leg and foot style and degree of carved ornamentation.”

When Tart describes a piece of furniture in her book’s workshop, she chooses images that would be all too familiar to Gould’s sea-faring clients. Of a Japanned chest, she writes,

“It was a beauty, a prize for a retired sea-captain’s home in backwater Boston: scrimshaw and cowrie shells, Old Testament samplers cross-stitched by unmarried sisters, the smell of whale oil burning in the evenings, the stillness of growing old.”

Gould, all 500 of his clients, and yours truly may object to Tart’s choice of the adjective “backwater” to describe our beloved Boston, but it’s hard not to fall under her spell when she trains her Pulitzer eye for detail on the wonders of a wood shop.

” .. jars of pigment arranged like potions in an apothecary; ocherous earths, poisonous greens, powders of charcoal and burnt bone.”

” .. mixing rabbit-skin glue, sorting through boxes of drawer fittings (“the fiddly bits”) or sometimes just watching him turn chair legs on a lathe.”

I can imagine Nathaniel Gould growing positively weepy-eyed over Tart’s main character’s loving description of the education he received from his woodworking mentor:

“After school, amidst the drowsy tick of the tall-case clocks, he taught me the pore and luster of different woods, their colors, the ripple and gloss of tiger maple and the frothed grain of burled walnut, their weights in my hand and even their different scents–“sometimes, when you’re not sure what you have it’s easiest just to take a sniff”–spicy mahogany, dusty- smelling oak, black cherry with its characteristic tang and the flowery, amber-resin smell of rosewood. Saws and counter-sinks, rasps and rifflers, bent blades and spoon blades, braces and mitre-blocks. I learned about veneers and gilding, what a mortise and tenon was, the difference between ebonized wood and true ebony, between Newport and Connecticut and Philadelphia crest rails, how the blocky design and close-cropped top of one Chippendale bureau rendered it inferior to another bracket-foot of the same vintage with its fluted quarter columns and what he liked to call the “exalted” proportions of the drawer ratio.”

The Gould exhibit has a dedicated display helpfully explaining just what constitutes “exalted ” drawer proportions.  It’s just one of many glorious behind-the-scenes lessons I might have missed were it not for the (unwitting) prepping I did by reading The Goldfinch.

Tart’s blockbuster has rightly drawn attention to the tiny Dutch masterpiece of the forlorn chained yellow bird from which the novel derives its name. The painting, by Carel Fabritius is back in the Hague after hanging in the Frick last year, where lines to see it were out the door. (see Lisa Kosan’s blog post, http://connected.pem.org/the-girl-the-bird-the-rv-and-me/.)

But if you don’t have any plans to visit the Hague, taking in Nathaniel Gould exhibit will give you plenty of Goldfinch moments, not to mention make you feel as though you’re looking at stunning pieces of furniture with heightened 3D powers of observation.

Read The Goldfinch, and you won’t miss a thing “In Plain Sight.”

Previous Post
« Dept. of Unpublished Sentences
Next Post
The Mother of All Waves: Crashing My Sons’ Surf Camp »
About the author

Throughout her school years, Alessandra was the girl in the front row of the classroom eagerly waving her hand. She leverages a willingness to ask anyone any question, considerable research skills and an obsession with the mot juste into a long-running career writing for magazines (Inc., Fortune Small Business, Vermont, Rowing, Telemark Skier, Dwell, North Shore Magazine, The Atlantic), newspapers (Boston Globe, Marblehead Reporter), schools (Harvard, Stanford, Dartmouth, Andover) and financial firms (JP Morgan, American Express, Fidelity, and some you’ve never heard of). Like a proper Liberal Arts graduate of Amherst College, she took some colorful detours amidst her journalism career, with stints in grad school studying under Saul Bellow, and in jobs working for Wolfgang Puck, the Olympics, the New England Patriots, and a custom-fit men’s clothing Inc. 500 company. She regrets none of these detours and looks forward to more. A 4th- generation Californian, Alessandra married a Vermonter who has brainwashed her into thinking there’s nothing wrong with skiing on blue ice. They live in Marblehead, MA, with their two teenage boys and two cats who think they are people.